Antonio de la Rosa, a Spanish endurance athlete, set off from San Francisco, California, on June 9th and reached Honolulu, Hawaii, on August 24th, after paddling up to 10 hours a day on a specially designed SUP board fitted with a desalinisation system for drinking water and a sleeping area. The paddleboard had no engines and was fitted with solar panels to power his GPS, radio and computer, which allowed him to monitor his location and keep in touch with his family. 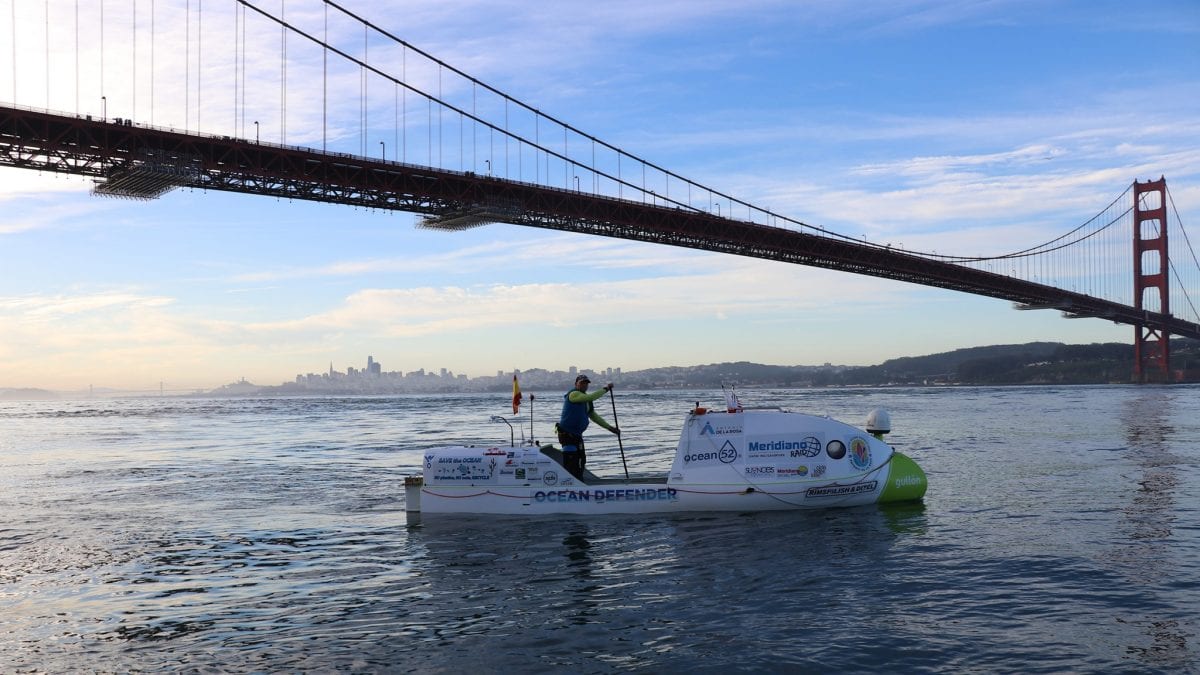 The 50-year-old said he used nothing but elbow grease to move the 24-foot stand-up paddleboard. He packed three months’ worth of freeze-dried food on the custom-built paddleboard, which weighed more than 680kg once fully loaded with supplies. It has been reported that he a caught some fish to vary his diet, but had still lost 12kg of weight by the end of his voyage.

The adventurer slept, albeit minimally, in a cabin aboard his custom-made paddleboard and spent his 50th birthday chartering choppy waters at sea. He saw whales and other marine life, but has spoken out about the constant stream of plastic pollution he saw during his voyage.

“I keep seeing every day some plastic packaging and remains of fishing nets,” he wrote in a Facebook post. “Although it is not much, there is no day that I do not locate some plastic floating. We need to change things as soon as possible.” 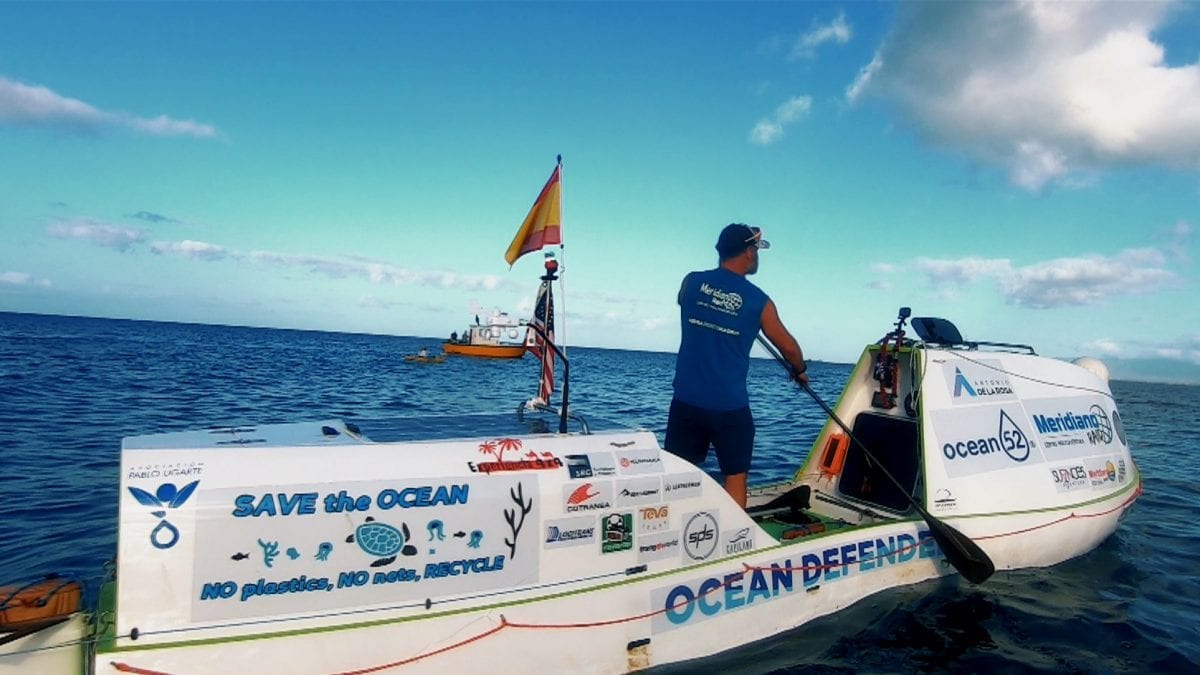 “I had to overcome some difficult currents when I left San Francisco, wind sources that pushed me south, several hurricanes that have passed me close, great waves that shook my small boat as if it were a washing machine, sleepless nights, heat and humidity. But I am here, I have succeeded, I almost do not believe it,” he said.

“I love this kind of life,” he told Hawaii News Now. “I saw the curve of the world. Every year I think, ‘Okay. What I do next year?’”