More than 50 dead pilot whales were discovered on the sand island Gamlaeyri last week in the Snæfellsnes peninsula, West Iceland.

The stranded whales were found by a tourist group in Löngufjörur on Thursday, piloted by David Schwarzhans of Reykjavik Helicopters. Gamlaeyri is extremely remote and inaccessible by car.

It is not known exactly why these whales strayed into such dangerous territory, but factors such as strong currents, winds and tides could have played a significant role. Pilot whales usually swim in extremely tight groups and are generally much happier in the deep ocean. 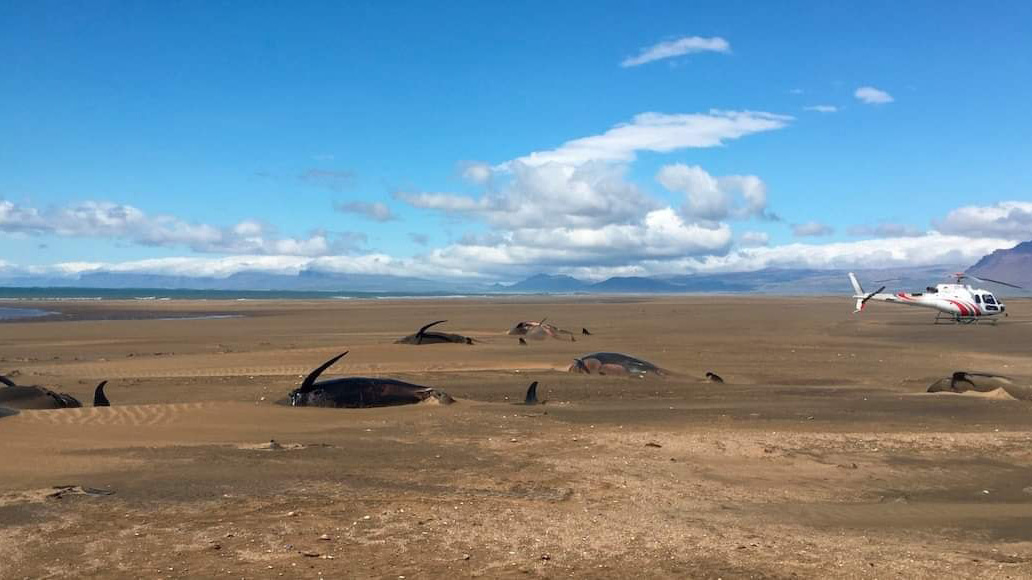 “The most important thing to look at is that these are deep-sea whales, common at the continental margin,” said marine biologist and whale specialist Edda Elísabet Magnúsdóttir. “They mainly feed on squid, which is why they’re good at diving deep. When they enter shallow waters, most of them have a tendency to become disoriented. They use echolocation for orientation, for finding one another, estimating the depth, and so on. But a sloping, sandy bottom appears to increase their disorientation. There are numerous examples of them having beached where there is such a sandy, sloping bottom.” 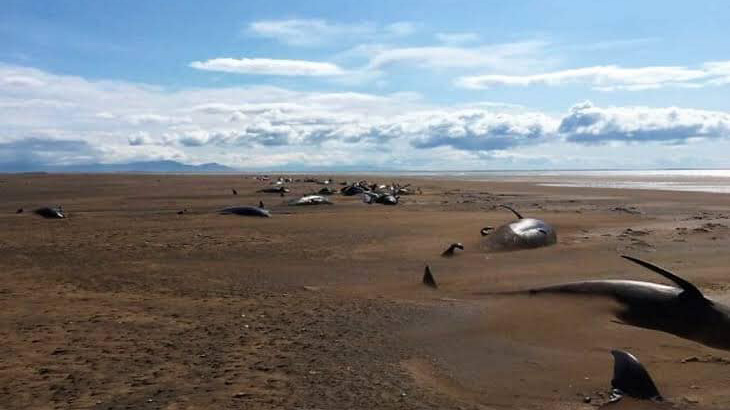 It has been challenging for scientists to reach the carcasses to carry out proper analysis due to the remoteness of the beach, as it’s only passable during the limited periods of low tide and via a specific route. It has been reported that the Icelandic Coast Guard helicopter will transport scientists from the Marine and Freshwater Research Institute to the site this week. Gísli Arnór Víkingsson, whale specialist at the institute, told the Iceland Monitor that this is probably the largest number of whales beached since 1986, when 148 whales beached near Þorlákshöfn, none of which survived. “Back then, it happened right next to the village, making the circumstances entirely different. The smell was a nuisance and, therefore, they had to be removed,” he said. 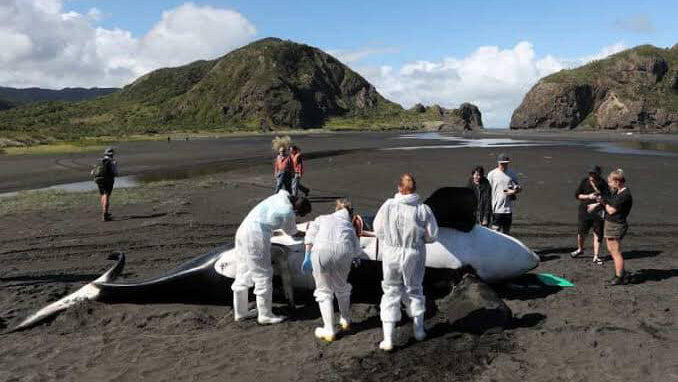 According to Ró­bert Arn­ar Stef­áns­son, director of the West Iceland Natural History Institute, it has become more common for whales to beach in that area of southern Snæfellsnes. In the past, locals and volunteers have managed to encourage disorientated whales back out to safer waters. “We really don’t know whether it has become more common here because there is something especially wrong, or because there are more pilot whales around,” Stef­áns­son said.

Unfortunately, whale strandings have become a more common occurrence at this time of year, but it is unusual for such a large number to beach and die together.