New research led by the the University of Washington (UW) has concluded that polar bears are spending more time on land than in previous decades due to reduced sea ice, which has resulted in them getting thinner and having fewer cubs.

“Climate-induced changes in the Arctic are clearly affecting polar bears,” said lead author Kristin Laidre, a UW associate professor of aquatic and fishery sciences. “They are an icon of climate change, but they’re also an early indicator of climate change because they are so dependent on sea ice.” 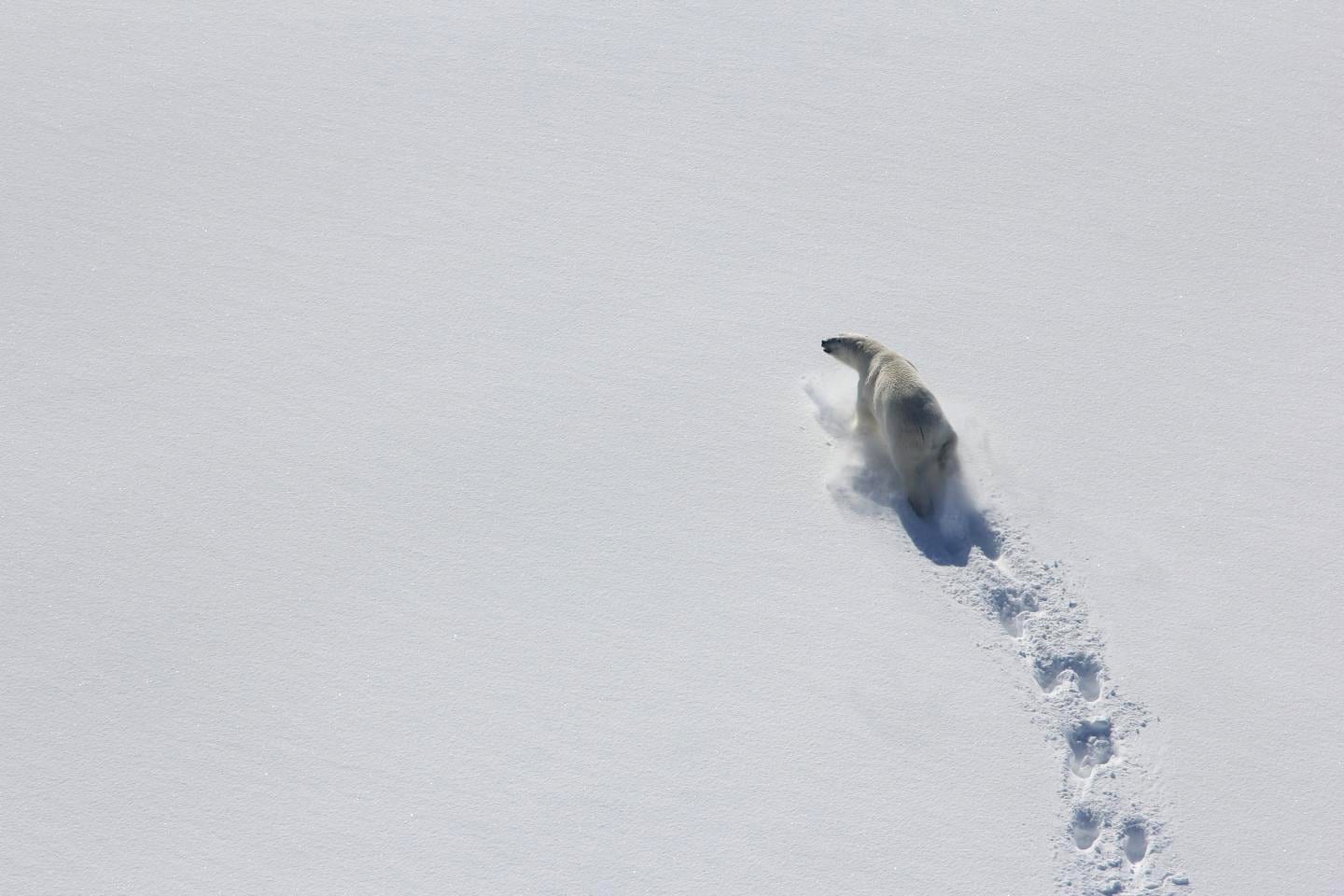 The study focused on a subpopulation of polar bears around Baffin Bay, the vast expanse of ocean between northeastern Canada and Greenland, using satellite tracking and visual monitoring. Researchers tracked the movements of adult female polar bears and assessed their litter sizes and the changing health of the subpopulation, comparing data from the 1990s with data collected from 2009 to 2015.

When Baffin Bay is covered over by ice, the bears use the solid surface as a platform for hunting, to move across and even to create snow dens for their cubs. Polar bears generally follow the annual growth and retreat of sea ice. When sea ice is at its minimum in early autumn, the bears end up on Baffin Island, where they wait on land until winter, when they can head back out onto the sea ice.

“These bears inhabit a seasonal ice zone, meaning the sea ice clears out completely in summer and it’s open water. Bears in this area give us a good basis for understanding the implications of sea ice loss,” Laidre added. “When the bears are on land, they don’t hunt seals and instead rely on fat stores. They have the ability to fast for extended periods, but over time they get thinner.”

The new study uses direct observations to link the loss of sea ice to polar bear health and reproductive success.  The research found that the bears’ body condition was linked with sea ice availability in the current and previous year – following years with more open water, the polar bears were thinner.

“This work just adds to the growing body of evidence that loss of sea ice has serious, long-term conservation concerns for this species,” Laidre concluded. “Only human action on climate change can do anything to turn this around.”

Laidre also led a 2016 study showing that polar bears across the Arctic have less access to sea ice than they did 40 years ago, meaning less access to their main food source and their preferred den sites.

Photograph by Kristin Laidre, courtesy of the UW.