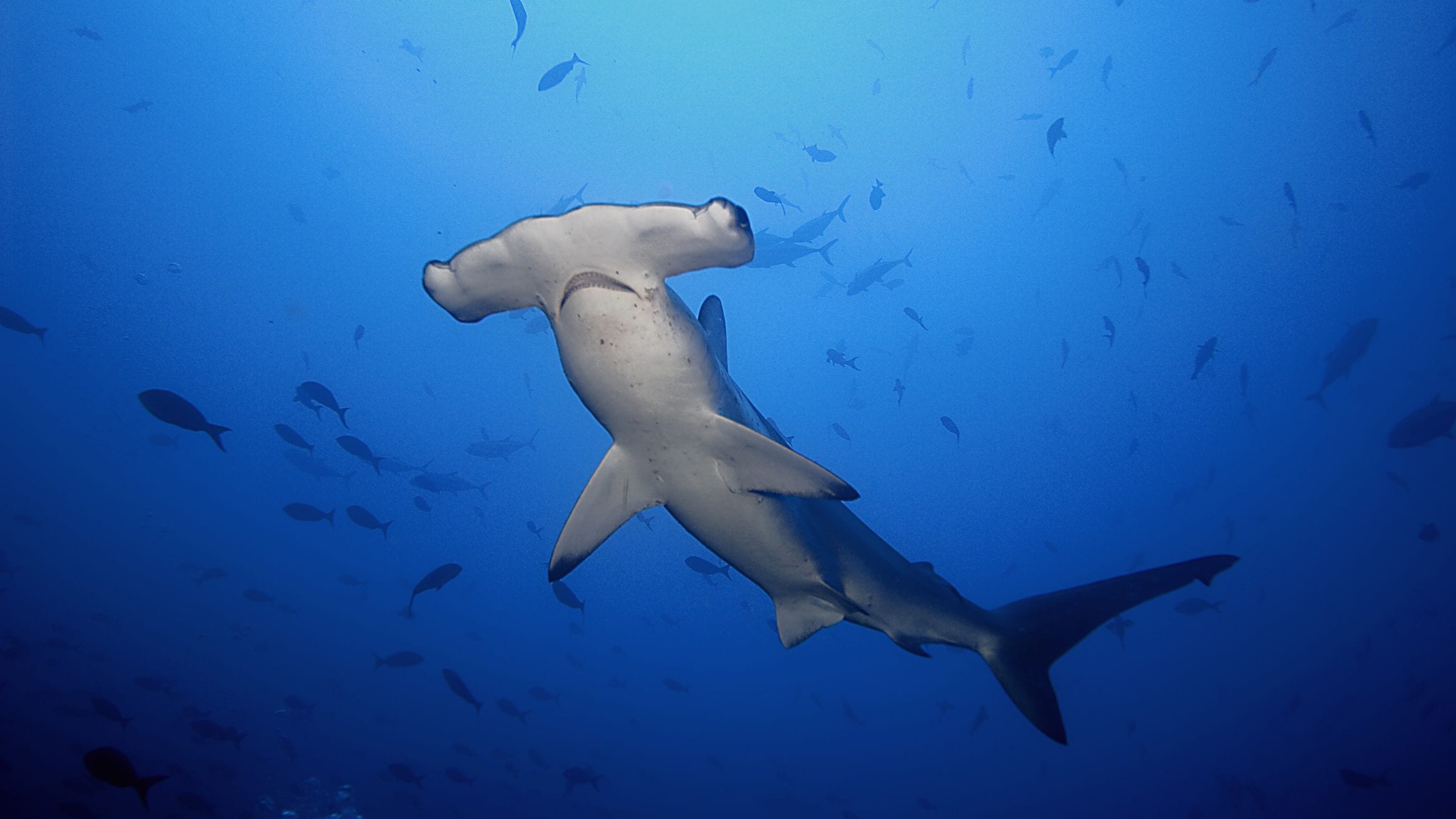 Queensland’s east coast gillnet fishery spans the entirety of the Great Barrier Reef and continues to gain profit from the fins and flesh of scalloped hammerhead sharks. This is due to their status under Australian law as ‘conservation dependent’, meaning that they can be commercially exploited.

“On any given day, it looks like the chance of fishers encountering a scalloped hammerhead have declined,” said Dr Leonardo Guida, shark scientist at the Australian Marine Conservation Society (AMCS). “What continues to worry us is that Queensland still lacks independent observation of its fishing activities. The numbers we’re seeing here are conservative, and since 2012 there’s widely acknowledged concerns about under-reporting from fishers. Who knows the true extent of just how many scalloped hammerheads are dying in Queensland’s gillnet fisheries. Their iconic-shaped head means they get caught in gillnets really easily and start suffocating to death.”

Recent data found that number of scalloped hammerheads caught in Queensland’s commercial gillnet fisheries dropped from 8,084 to 4,532 individuals, which equates to a 15% decline in catch rate per fishing day across all of Queensland’s waters. In theGreat Barrier Reef Marine Park, the number of scalloped hammerheads caught fell from 3,360 to 991 individuals during the same period. 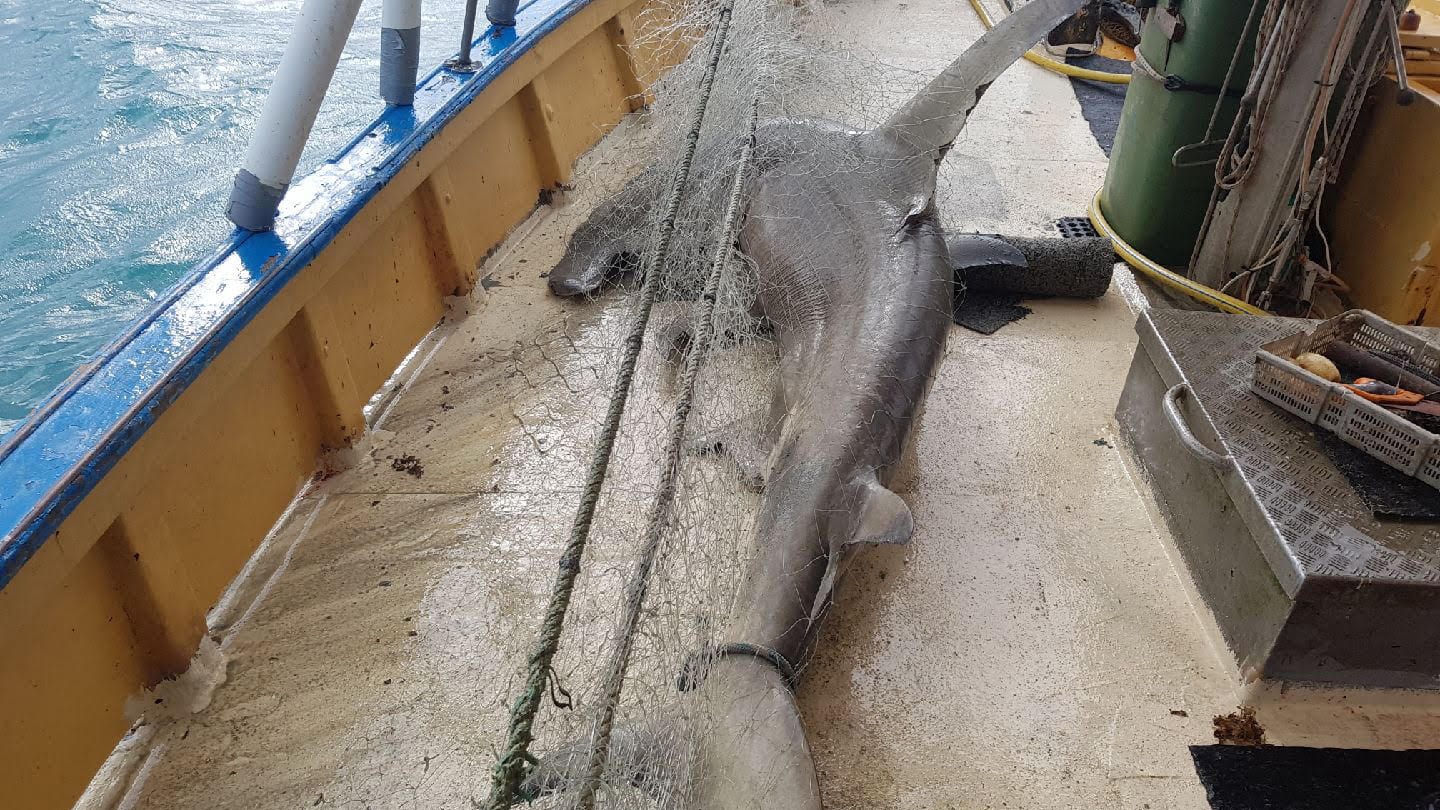 “How many warning signs do we need?” said Lawrence Chlebeck, marine biologist with Humane Society International (HSI). “An independent report revealed that Queensland is still failing to enact measures to adequately protect this critically endangered shark, and as a result it should be listed as such under our national laws.

Despite strong evidence that critically endangered scalloped hammerheads are becoming more difficult to find in Queensland waters, 982 of those caught in 2019 were thrown overboard – most likely dead or dying. Studies show that only around 2 in 10 hammerheads caught are alive when they are dumped overboard, and those thrown back alive have a slim chance of survival.

Currently, a national effort is being directed by federal and state governments to provide the latest estimate of the number and distribution of scalloped hammerheads in Australian waters. The findings will be used to inform Australia’s peak independent scientific body, the Threatened Species Scientific Committee, in their upcoming review of the scalloped hammerhead’s threatened species status.

“These sharks are apex predators and critical to our ocean’s health because they help keep food webs balanced,” added Chlebeck. “This is especially important for boosting the Great Barrier Reef’s resilience in the face of warming waters due to the climate crisis, and a myriad of other threats.”