An autonomous ‘SharkCam’ has been used to observe the behaviour of basking sharks in the Inner Hebrides, Scotland.

The underwater robot, which is owned and operated by the Woods Hole Oceanographic Institution (WHOI) captures the movements and behaviours of these extraordinary creatures. Basking sharks tend to gather in large groups in the Sea of the Hebrides from May to October in order to feed on plankton.

Little is currently known about basking sharks but the hope is that the information gleaned from the REMUS SharkCam will provide evidence for the need of a new Marine Protected Area (MPA) in the Inner Hebrides. The Sea of the Hebrides MPA is one of four potential sites currently under consultation, a process that will run until August 30th.

“Our seas and coasts are home to some incredible wildlife. As our oceans come under increasing pressure, innovative technology like the REMUS SharkCam Robot can reveal our underwater world like never before and help to show why it must be protected,” said Dr Jenny Oates, WWF SEAS programme manager. “It is essential that we safeguard our seas, not just to enable magnificent species like basking sharks to thrive, but because all life on earth depends on our oceans.” 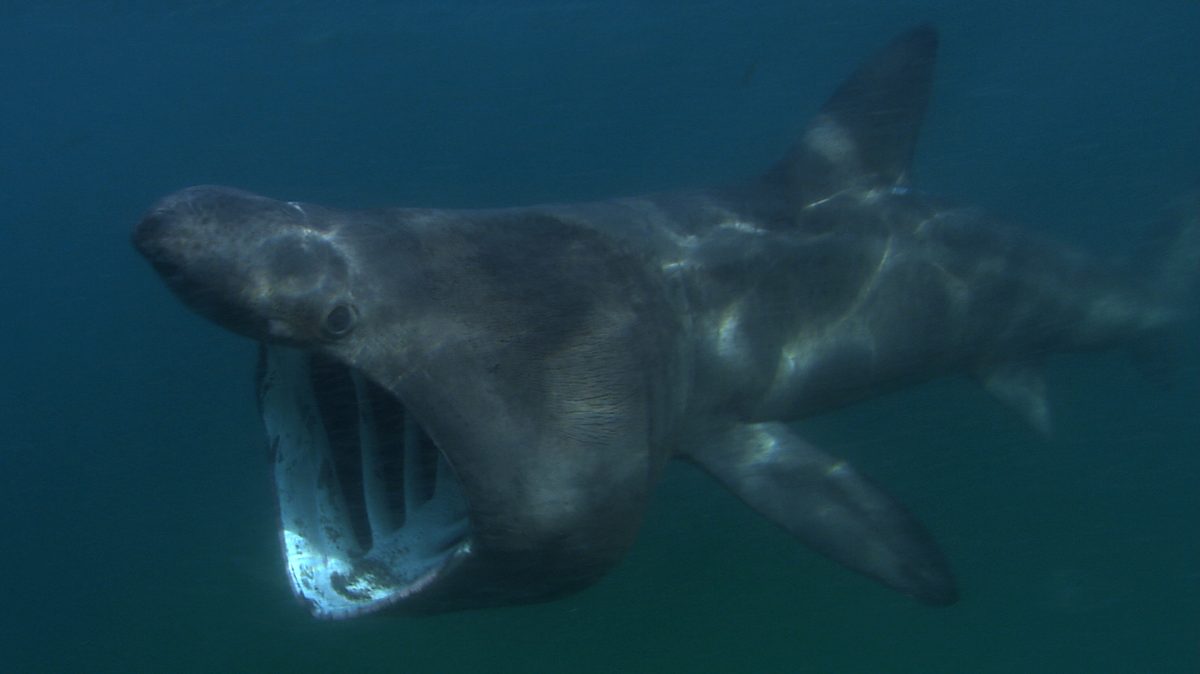 A REMUS SharkCam device was deployed off the coast of Coll and Tiree in July and showed the sharks feeding near the surface, foraging for food, swimming close to the ocean floor and moving through the water column. The technology is capable of collecting high-quality oceanographic data and wide angle high-definition video of their behaviour from a distance. The vehicle is programmed to home in on a signal from a transponder beacon attached to the animal and can follow it to depths of 600m.

It is hoped that further analysis of the many hours of video footage from the AUV, as well as visuals from towed camera tags attached to the sharks and the deployment of advanced sonar imaging, will uncover more about the underwater behaviour, social interactions, group behaviour and courtship of the species. There is a possibility that basking sharks might even have breeding sites in Scottish waters.

“These giant fish are spectacular and watching them feed gracefully at the sea surface is such a special and memorable experience,” said Dr Suzanne Henderson, Marine Policy and Advice Officer at Scottish Natural Heritage (SNH). “This year’s collaboration has allowed us to use a combination of camera technologies and given us a glimpse of basking sharks’ underwater behaviour – a real first and very exciting. The footage has already made us reassess their behaviour, with the sharks appearing to spend much more time swimming just above the seabed than we previously thought. It really brings home why it’s so important that the species and its habitat are protected by designating the Sea of the Hebrides as a Marine Protected Area.”

This project is being funded by WWF/Sky Ocean Rescue, SNH, WHOI and the University of Exeter.