Shore crabs, which are extremely common on UK coastlines, can change colour and match their surroundings in order to hide from predators. However, new research from the University of Exeter has found that they struggle to camouflage themselves when exposed to ocean noise pollution from ships.

A team of scientists exposed the crabs to ship noise hourly and found that they didn’t match their background as closely as when not exposed. Shore crabs, often found in rock pools, usually stay still or scuttle for cover if a predator approaches, but ship noise disrupted these abilities.

Natural ocean sounds played as loudly as ship noise had no effect on crab camouflage or behaviour, the study found. 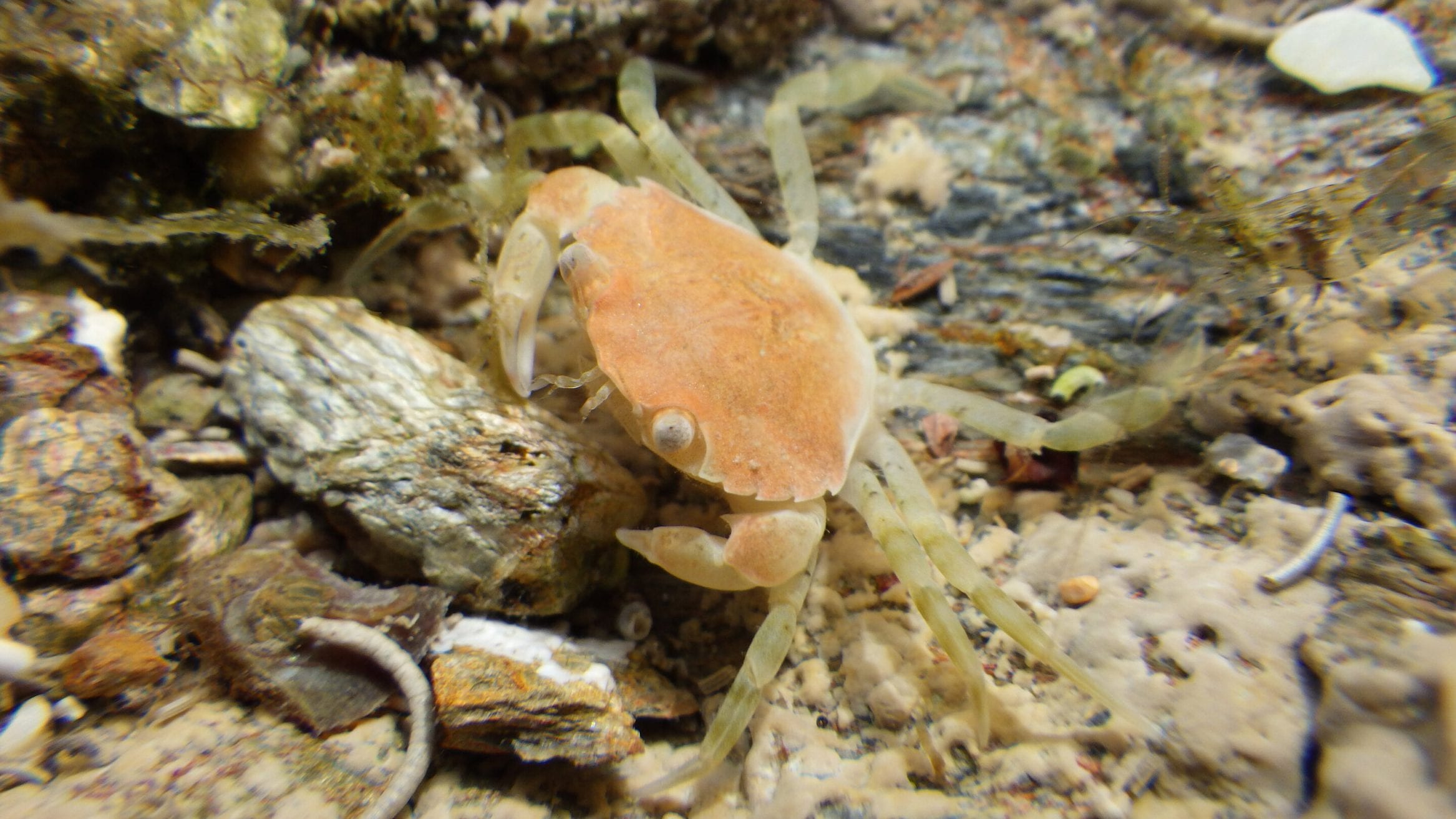 “Ship noise is a major source of underwater sound pollution,” said Emily Carter, who led the study. “Previous studies have often focussed on how this affects species that rely on sound. Shore crabs don’t depend heavily on sound – so our finding that noise affects their behaviour and ability to camouflage themselves suggests ship noise might affect a very wide range of species.”

The crabs in the study were housed in three different tanks, and were exposed either to quiet underwater sounds, an hourly recording of a ship passing (played to simulate the ship being approximately 200 metres away) or an hourly loud occurrence of underwater sounds.

“Our study shows that humans and noise pollution can substantially affect features of animals such as their colouration that are crucial to survival,” added Professor Martin Stevens, of Exeter’s Sensory Ecology and Evolution group. “If crabs are less well concealed, and less likely to run away, they are more likely to get eaten by predators.”

The crabs all had dark shells at the beginning of the study. After eight weeks in the white-bottomed tanks, they had all turned paler. However, those shore crabs exposed to ship noise only changed around half as much as those in the other tanks, leaving them much less camouflaged.

When exposed to a predator (simulated by an artificial bird) more than 85% of crabs exposed to quiet or loud natural sounds responded by rushing for cover.

Those shore crabs exposed to ship noise responded normally when the noise wasn’t being played – but during episodes of noise, approximately half responded slower than usual and the other half didn’t respond at all.

“The size and strength of adult shore crabs mean they have other defences, but juveniles rely heavily on concealment and are attacked by many predators, from fish to birds – so a reduction in their camouflage ability and anti-predator behaviour could be a big problem,” said Carter. “Previous studies have suggested that a lot of energy may be used during colour change, and stress is also thought to be costly in terms of energy. So, the most likely explanation for our findings is that the stress caused by ship noise means crab don’t have as much energy to devote to camouflage.”