A study of four salmon species across all regions of Alaska – chinook, chum, coho, and sockeye – has found that salmon are returning to rivers smaller and younger than in the past.

The study, led by researchers at the University of California, Santa Cruz, and the University of Alaska Fairbanks, concluded that the reason the size of salmon returning to rivers in Alaska has declined so dramatically over the past 60 years is due to the fact that they are spending fewer years at sea. This implies that the ocean is becoming a riskier place for them to be.

“There are two ways they could be getting smaller – they could be growing less and be the same age but smaller, or they could be younger – and we saw a strong and consistent pattern that the salmon are returning to the rivers younger than they did historically,” said corresponding author Eric Palkovacs, professor of ecology and evolutionary biology and associate director of the Fisheries Collaborative Program in the Institute of Marine Sciences at UC Santa Cruz. 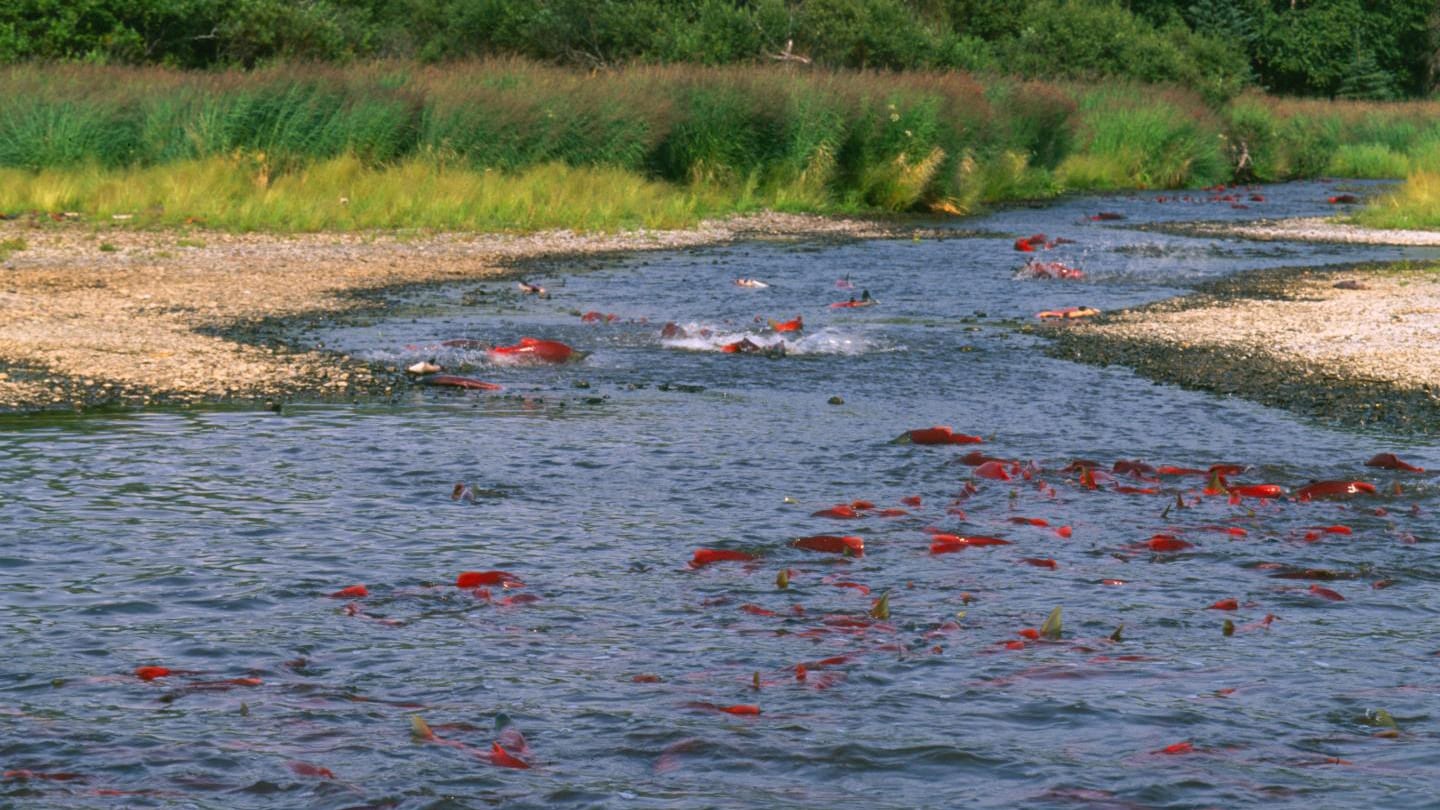 The researchers compiled and analysed an extraordinary amount of data collected over 60 years (1957-2018) from 12.5 million fish by the Alaska Department of Fish and Game. This unprecedented dataset enabled them to see patterns of body size changes for the four species of salmon across all regions of Alaska. The results showed that the decreases in body size are primarily due to salmon returning to their spawning grounds at younger ages than they have historically. Alaskan salmon can spend up to seven years at sea, though this varies by species. During this time they feed and grow to maturity, migrating great distances in the North Pacific Ocean before returning to fresh water to spawn.

The research team identified a range of factors that appear to be driving this shift, some acting across all regions and others affecting only certain species or populations.

“There’s not a single smoking gun,” said first author Krista Oke, a postdoctoral scientist initially at UC Santa Cruz and now at University of Alaska Fairbanks. “Small contributions from a lot of factors are adding up to drive these changes.”

“We know that climate drives changes in ocean productivity, and we see a consistent signal of climate factors associated with decreasing salmon size,” Palkovacs said. “Another consistent association is with the abundance of salmon in the ocean, especially pink salmon. Their abundance in the North Pacific is at historic highs due in part to hatchery production in Alaska and Asia, and they compete with other salmon for food.” 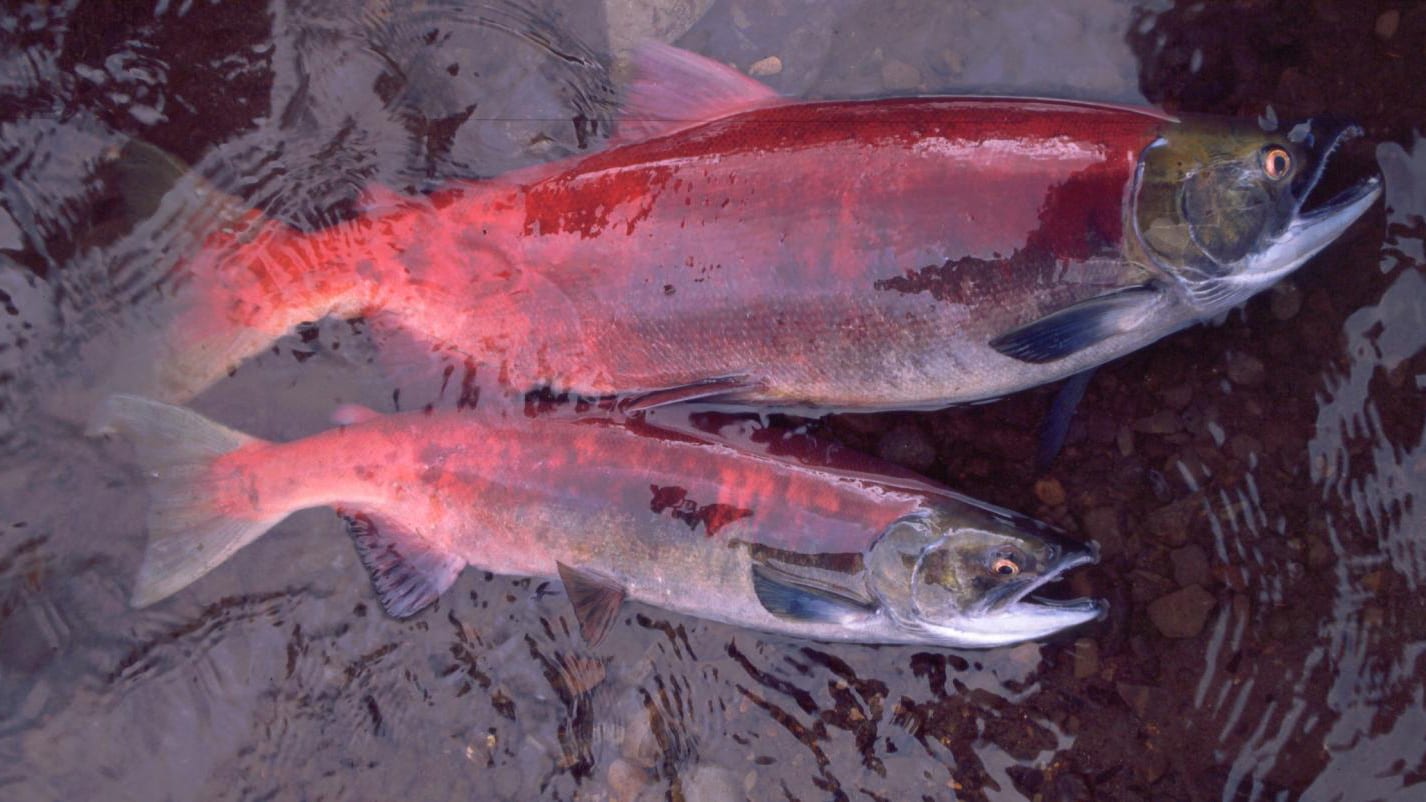 Salmon are crucial for both coastal communities and ecosystems in Alaska, supporting both commercial and subsistence fisheries, as well as transporting nutrients from the ocean to inland areas, which fertilises the ecosystems in and around the rivers where they spawn. Smaller salmon means fewer meals per fish for subsistence fishers, lower profits for commercial fishers, fewer eggs laid to sustain salmon populations, and fewer nutrients to support the productivity and biodiversity of freshwater ecosystems.

“Salmon go up into these small streams, and whether they are caught by predators or die after spawning, their nutrients are transferred into the forests and freshwater ecosystems,” he said. “It’s a classic salmon ecosystem service, and the amount of nutrients they deliver depends on their body size.”

“Smaller fish is a real problem for people who depend on salmon for their food and well being,” Oke said. “For commercial fishers, smaller fish tend to fetch lower prices, and below a certain size they can’t be made into high-value products and might have to be canned.”

According to Oke, understanding precisely what has changed in the ocean to impact salmon behaviour will be a challenge that will require further study. “It could be that they’re having to spend more time feeding, which is putting them in risky places,” she said. “Lots of things could be happening to increase the overall risk of mortality in the ocean, but we weren’t able to pin that down.”

This study had its origins in a working group organised by the National Center for Ecological Analysis and Synthesis (NCEAS) at UC Santa Barbara through its State of Alaska’s Salmon and People project. With funding from the Gordon & Betty Moore Foundation, the researchers were able to work with the Alaska Department of Fish and Game to compile data the agency had been collecting for decades, but which was dispersed among different field offices in various smaller databases.

To read the full study and for information regarding co-authors,“Recent declines in salmon body size impact ecosystems and fisheries,” click here.