In a new comprehensive study led by the British Antarctic Survey (BAS), researchers have discovered where a whale species that feeds around the sub-Antarctic island of South Georgia breeds during the winter months.

A team of 30 researchers from 11 countries studied 15 skin samples from whales feeding around the sub-Antarctic island of South Georgia and compared them to 149 samples collected from Argentinian, Brazilian and South African waters, where the whales breed and give birth.

The team found that the majority of the animals visiting South Georgia were calved around South America, rather than South Africa, thanks to the use of a new genetic tool. 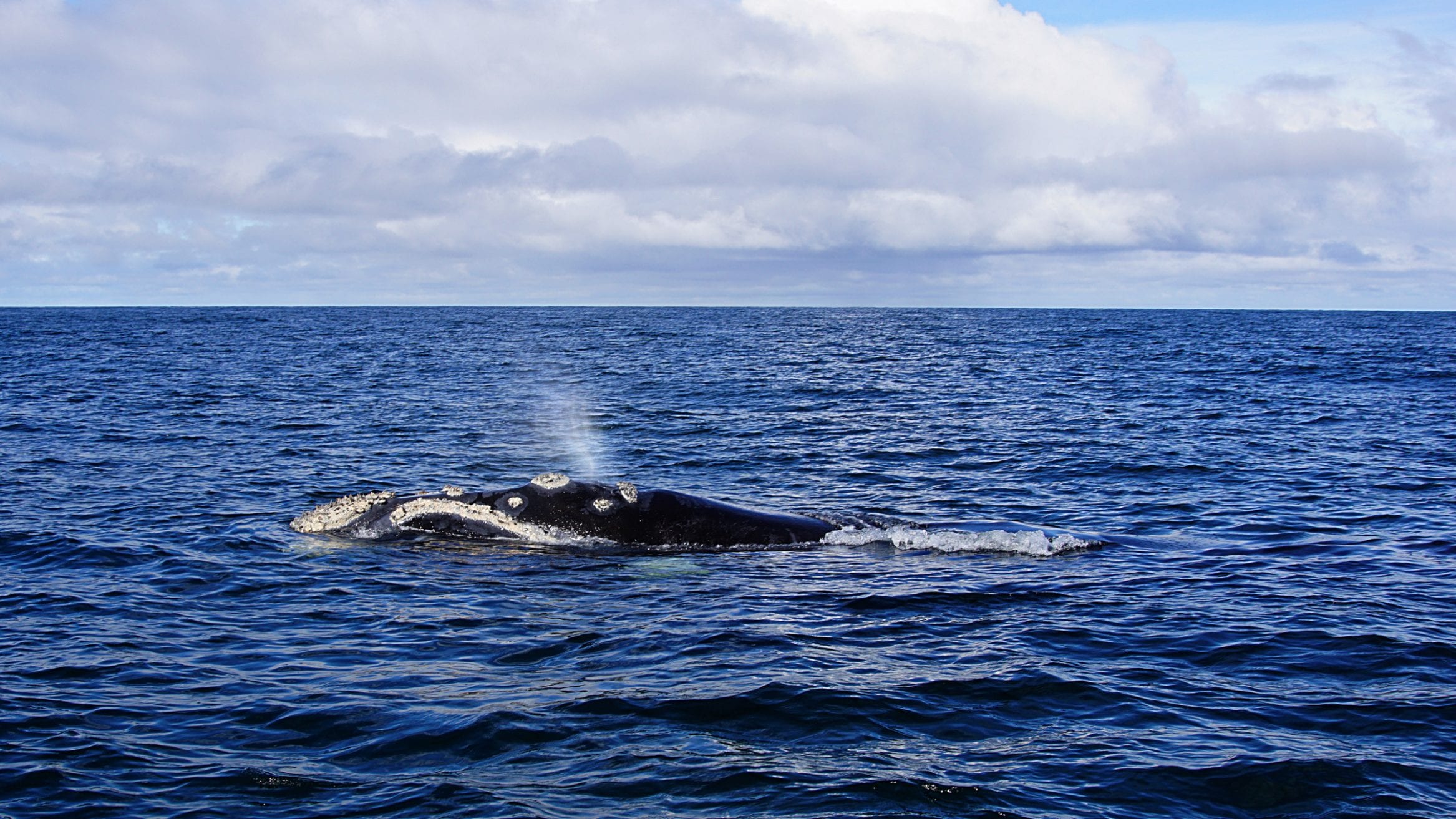 “Genetic methods are important in linking whale breeding grounds, areas that are closely monitored for population recovery, with feeding areas that are being and will be impacted by climate change,” said lead author Dr Emma Carroll, from University of Auckland. “It is only by understanding these links that we can understand how whale populations will fare in a changing world.”

With the help of their Chilean colleagues, the researchers also analysed the first ever DNA sample from the Critically Endangered Chile-Peru southern right whale population. They found genetically, the Chile-Peru whale is a mixture between Indo-Pacific and Atlantic calving grounds, suggesting Chile-Peru has acted as a ‘stepping stone’ between these two areas.

“This is an important part of the jigsaw in understanding the geographical range of southern right whales. Identifying the migratory links of recovering whale populations is crucial to build accurate assessments of how well whale populations are recovering, and to understand how vulnerable these populations are to anthropogenic threats through their life cycle,” said whale ecologist and senior author Dr Jennifer Jackson, at BAS, who led the project. “There have been unexplained high whale calf mortalities around Argentina in the Península Valdéz region over the last 17 years, so there is a lot of work to be done to protect this species throughout their migratory range.”

This new understanding of where the animals migrate from will contribute to better conservation efforts for their recovery from years of whaling. In the past 30 years, after centuries of exploitation, the southern right whale has returned to Argentina, Brazil and South Africa the the winter, where they use sheltered bays to calve. However, another population in Chile and Peru, has not recovered to the same extent from the whaling industry. As a result, this population has been declared ‘Critically Endangered’ by the IUCN.

Stock photograph of a southern right whale off the coast of Argentina by Erik Schepers.