Greenpeace UK has discovered through analysis that the super-trawler Margiris was fishing in an English Channel Marine Conservation Zone (MCZ), which was designated by the government in 2016. UK law enforcement boarded the Margiris soon after arriving in the Channel, finding no evidence of illegal activity.

Greenpeace UK wrote in a statement regarding the activity: “This is permitted under the Marine Conservation Zone’s management plan, which commits to ensuring the ‘subtidal coarse sediments, subtidal mixed sediments, subtidal sand’ marine habitats ‘remain in a favorable condition’. However, no specific management measures have been put in place since it was designated in 2016.” 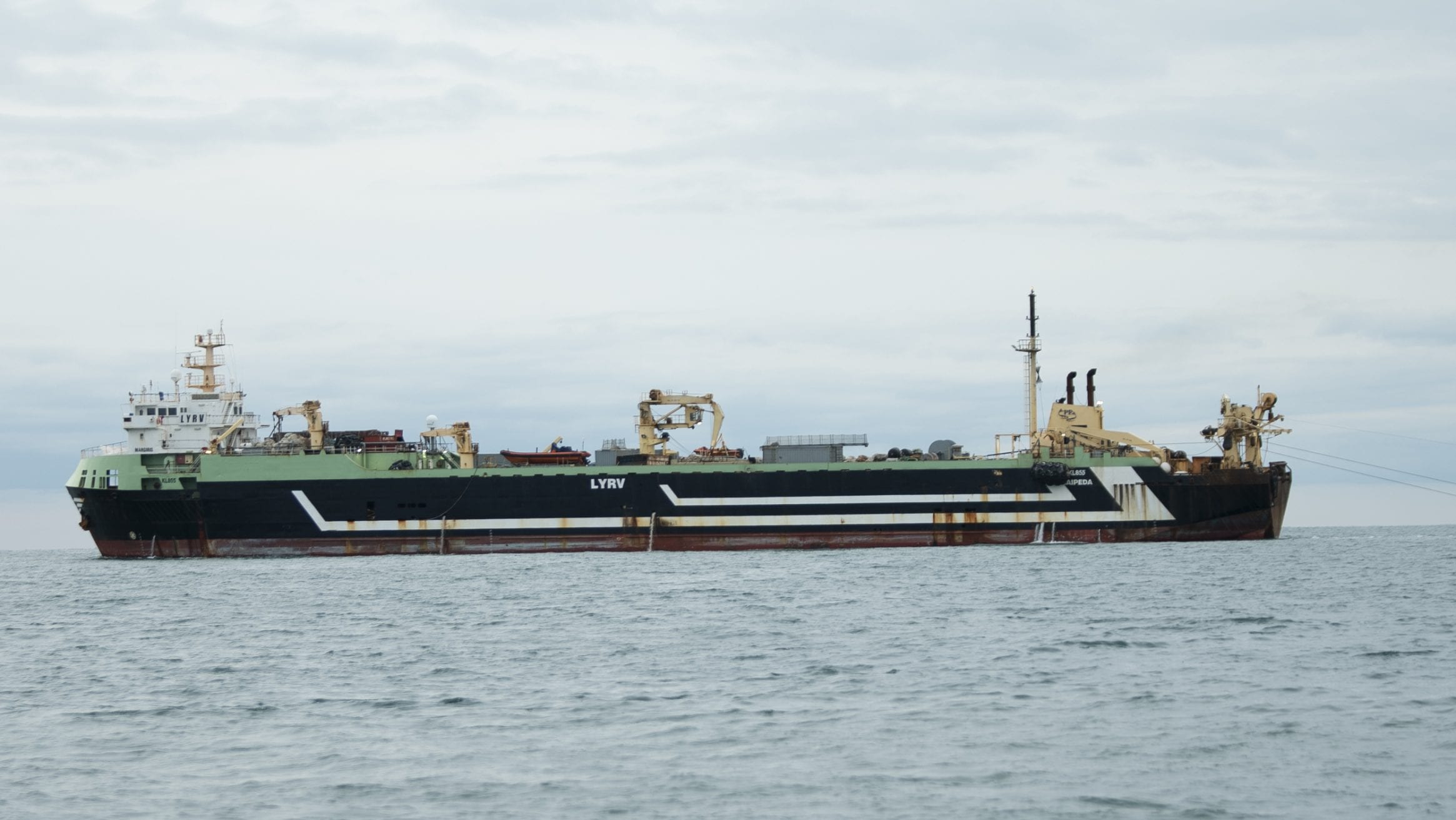 Since designation, no specific management measures have been implemented in this area according to the Joint Nature Conservation Committee (JNCC), advisor to the UK government on nature conservation. The damaging trawling method used by the Margiris and other industrial fishers are still permitted, despite the fact that the area was designated to protect the sandy seabed in the area, which is an important habitat for a variety of species. This includes an undulated ray that is classed as ‘endangered’ on the IUCN threatened species list.

“This highlights the UK government’s laissez-faire attitude towards ocean protection, and its continued preference for paper parks that are little more than lines on a map, failing to properly protect Britain’s spectacular marine life,” said Chris Thorne, an oceans campaigner at Greenpeace UK.

Using marine traffic data, Greenpeace UK found that the Margiris spent a significant amount of time fishing in this MCZ. This is currently permitted, and while the owners claimed there was zero bycatch, this claim is being disputed by local fishermen, politicians and conservation groups. Given the fishing methods employed, serious concerns have been raised about how a vessel of this magnitude can operate sustainably in UK waters. 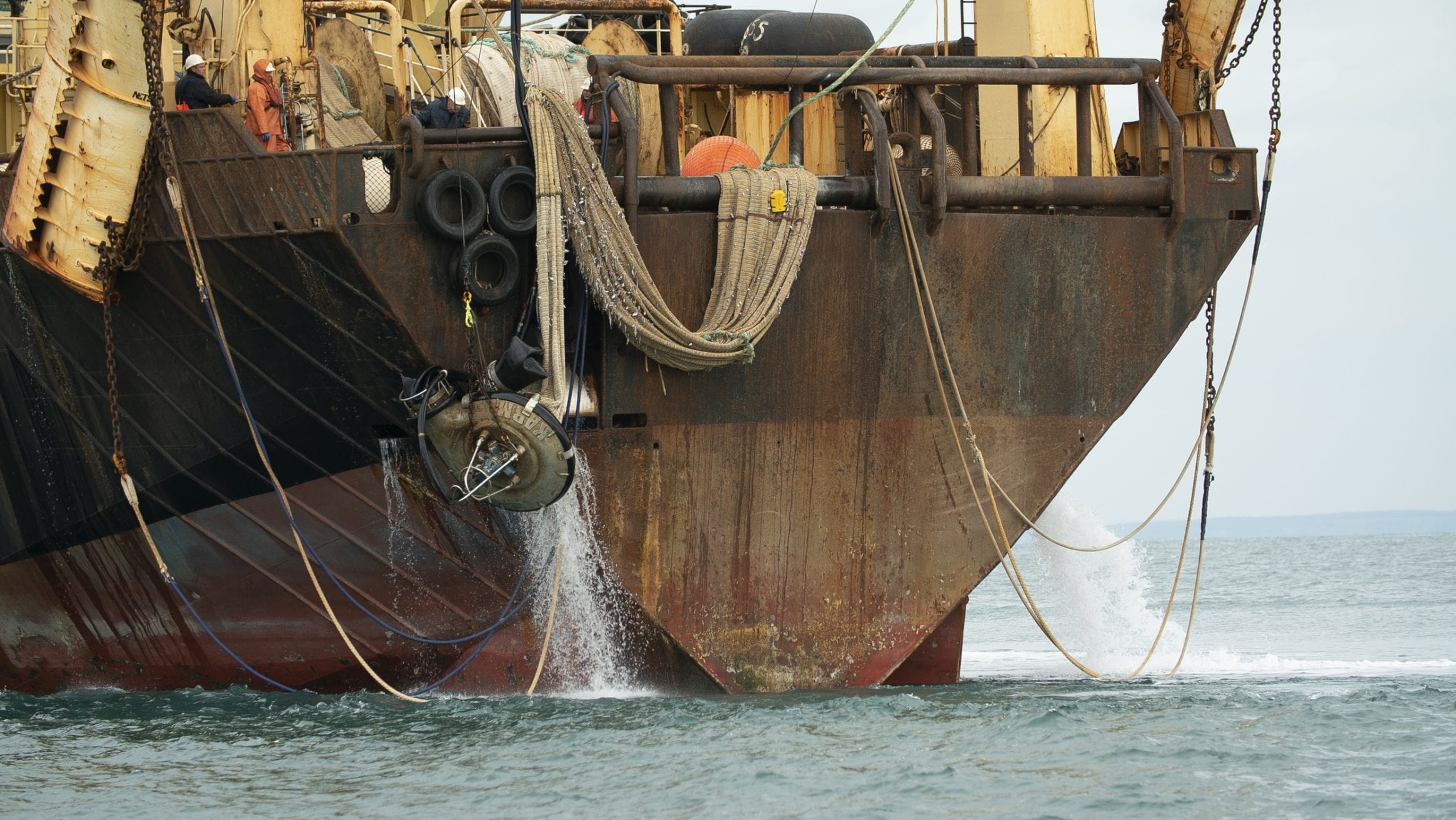 “Just 7 km2 of UK waters are fully protected marine areas, the most effective tool for ocean protection and increasing resilience to climate change,” added Thorne. “Our government speaks well about ocean protection, but these are empty words until it takes serious action to replace the broken network of paper parks, which allow supertrawlers like Margiris to fish in supposedly protected areas right on our doorstep.”

According to the JNCC, this particular MCZ is currently ‘processing towards being well managed’, meaning it is ‘unlikely to be moving towards its conservation objectives’. The latest update also states that ‘progress is ongoing with regards to the recommendation of a fisheries management proposal to the European Commission.’

In a statement, DEFRA responded: “The fact is that the Marine Conservation Zone, Offshore Overfalls, does have a restrictions on vessels over 14 metres in the inshore area. The Margiris is a pelagic mid-water trawler, so its fishing activities in that area would not have directly impacted the seabed. The Marine Management Organisation (MMO) also closely monitored the Margiris during its stay in the Channel and confirmed the vessel did not fish illegally in the restricted area.

“Over 4,500 km2 of our inshore waters are permanently closed to methods of bottom towed fishing gear, with 94 inshore Marine Protected Areas (MPAs) having these protections in place. However, we recognise there is still more to be done to strengthen protections in marine areas.”

A review into the potential introduction of Highly Protected Marine Areas in UK waters is currently underway.

It is no secret that the designation of an MCZ or MPA is simply the first step in a long process of curating successful conservation efforts in these areas. Numerous experts agree that fully protected and well-managed marine areas are the most effective tool for allowing ocean life to recover and flourish. The elimination of extractive or damaging activities protects the entire ecosystem effectively.