Greenpeace UK has discovered that a fleet of Russian flagged and owned supertrawlers have been fishing in the UK’s Wyville-Thomson Ridge Special Area of Conservation (SAC) off the Scottish coast.

The 11 supertrawlers (accurate as of May 12th, 2020) are all over 100m in length, and are believed to be catching blue whiting. The fleet is operating legally, according to the Scottish government. They left port in the Faroe Islands in late April and early May 2020, and headed directly to UK waters to fish, starting on April 27th, 2020. 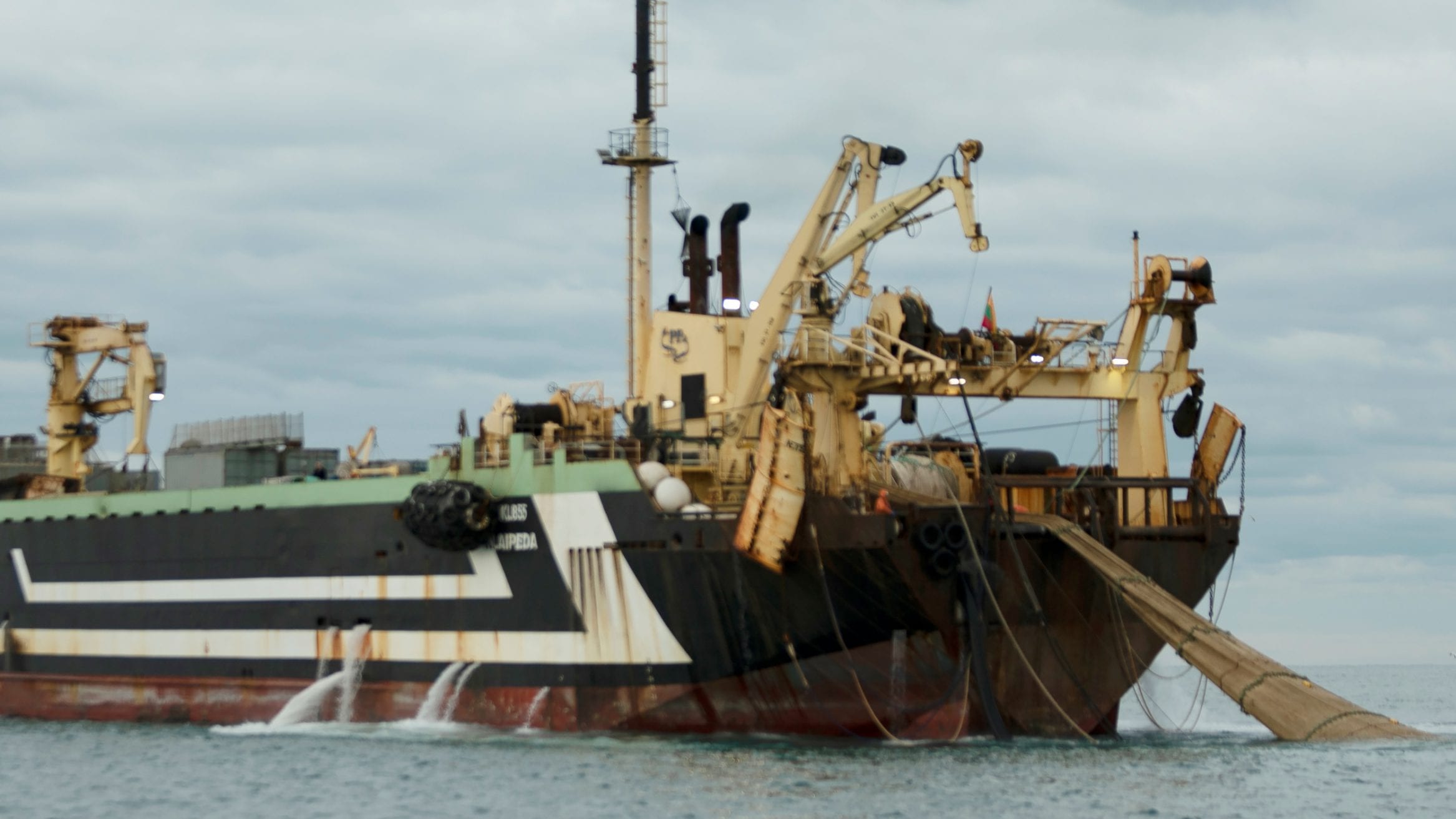 Greenpeace have stated that the supertrawlers have spent significant time fishing in the SAC since the end of April 2020, as proven by AIS tracking data. As of May 12th, the 11 supertrawlers continue to fish in UK waters in and around the SAC, which was approved by the European Commission in September 2017.

“These factory trawlers can stay at sea for weeks. They have nets with mouths that could swallow three jumbo jets. The problem is dolphins feed on these fish in midwater when they aggregate to spawn,” John Hourston told The Guardian. Hourston is a volunteer with the Blue Planet Society, which campaigns against the bycatch of dolphins in fishing nets. “You drag a net through these fish and you will also catch what is feeding on them. There needs to be more regulation around the pelagic supertrawler fleet.”

“While the UK is in lockdown, this fleet of destructive supertrawlers has been plundering fish from what is supposed to be a protected area in UK waters,” said Chris Thorne, an Oceans Campaigner at Greenpeace UK. “The intensity with which these vast ships fish is not compatible with a healthy ocean. They drag vast nets, up to a mile long, in their wake hoovering up fish and other marine life and disturbing the entire water column.”

The COVID-19 pandemic has had a devastating impact on the UK’s small-scale, more sustainable fishing fleet. Demand for this fleet’s catch has disappeared, forcing the majority of small-scale UK fishers to leave their vessels tied up at port. Throughout the lockdown, multinationally-owned supertrawlers have been fishing in UK waters in stark contrast to the UK’s small scale local fleet, which makes up 77% of the UK’s entire fleet.

Greenpeace UK is calling for fishing by supertrawlers – trawlers over 100m – to be banned from all UK Marine Protected Areas.

Thorne added: “If the UK government wants to be taken seriously as a world leader in marine protection, it must do more to restrict and regulate the activities of the international supertrawler fleet, and support small scale, sustainable fishing communities.”

The Wyville-Thomson ridge SAC sits on reef at the edge of Scotland’s continental shelf. It “supports diverse biological communities representative of hard substratum in deep water” according to the Joint Nature Conservation Committee.

On May 1st, Greenpeace reported concern at the increased level of industrial fishing occurring globally during the COVID-19 pandemic.

“Some people assume that the global pandemic is allowing nature to heal, but that certainly isn’t the case for our oceans,” said Philip Evans, Oceans Campaigner at Greenpeace UK. “In the unregulated waters of the South Atlantic, and closer to home in the north Atlantic, we’ve seen industrial fishing activities continue, with some supertrawlers even leaving port to fish in UK waters during the global lockdown.”

Photograph of the Margiris supertrawler fishing in the English Channel, off the coast of Brighton last year by Saf Suleyman, courtesy of Greenpeace UK.