Atomic bomb tests conducted during the Cold War have helped scientists accurately determine the age of whale sharks for the first time. These findings will help with the conservation of the species, which is currently classified as endangered.

The vertebrae of whale sharks feature distinct bands, like the rings of a tree trunk. It was already understood that these increased in number as the animal grew older. However, some studies suggested that a new ring was formed every year, while others concluded that it happened every six months. 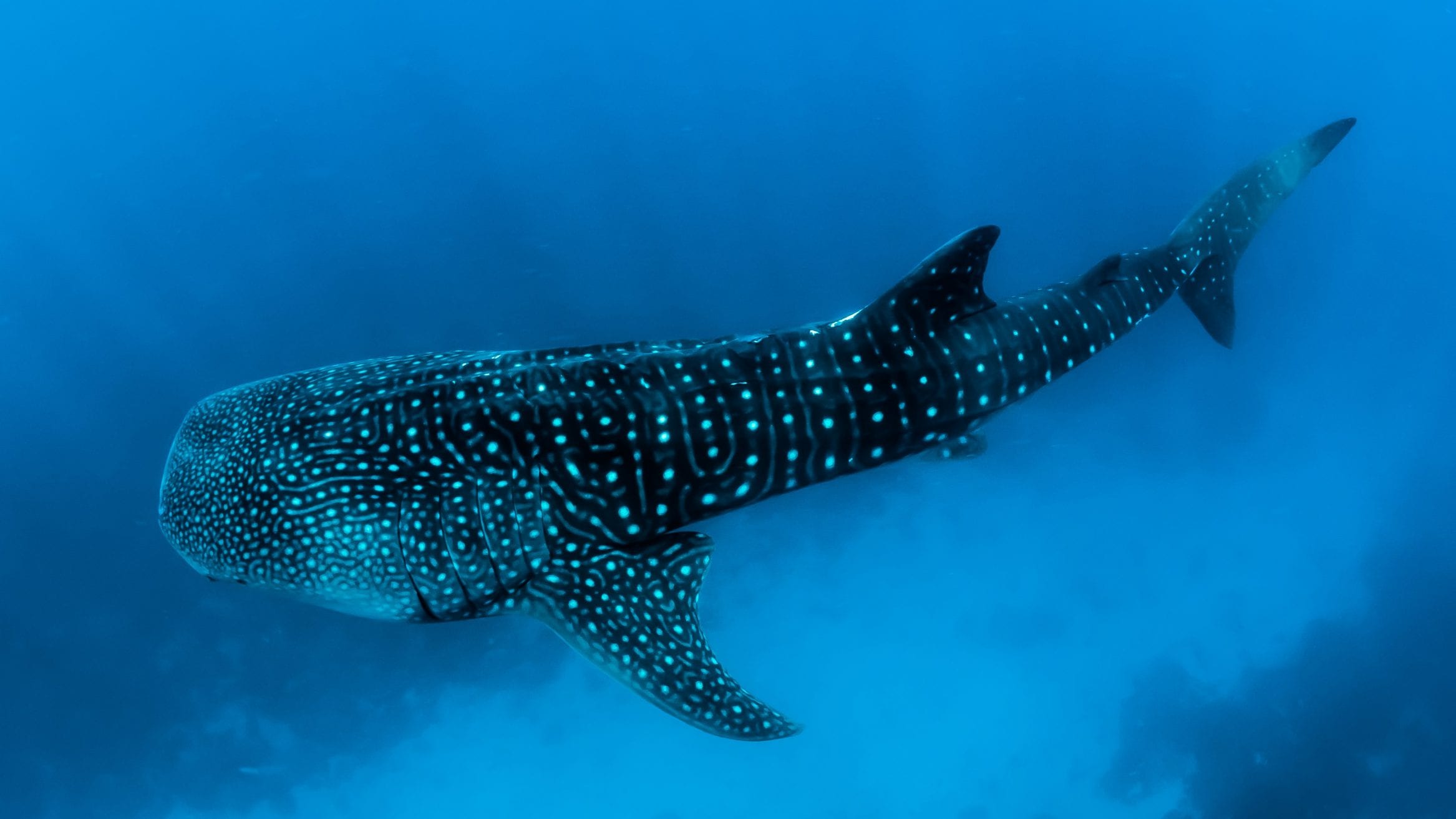 Measuring the age of whale sharks –  the largest fish in the world – is challenging due to the fact that they lack bony structures, or otoliths, which are used to assess the age of other fish. This is also the case with all sharks and ray species.

A team of researchers was led by Joyce Ong of Rutgers University, Mark Meekan of the Australian Institute of Marine Science and Steven Campana of the University of Iceland. They were aided by Dr Hua Hsun Hsu from the King Fahd University of Petroleum and Minerals and Dr Paul Fanning from the Pakistan node of the UN Food and Agricultural Organisation.They hoped to find some answers within the radioactive legacy of the Cold War’s nuclear arms race.

During the 1950s and 1960s, the USA, Soviet Union, Great Britain, France and China conducted tests of nuclear weapons. Many of these were explosions detonated several kilometres in the air. Carbon-14, a naturally occurring radioactive element, is also a by-product of nuclear explosions. After the Cold War, it was discovered that it slowly moved through food webs into every living thing on the planet, producing an elevated carbon-14 label, or signature, which still persists.

Carbon-14 is often used by archaeologists and historians to date ancient bones and artefacts. Its rate of decay is constant and easy to measure, making it very useful for helping provide age estimates for anything that is more than 300 years old. 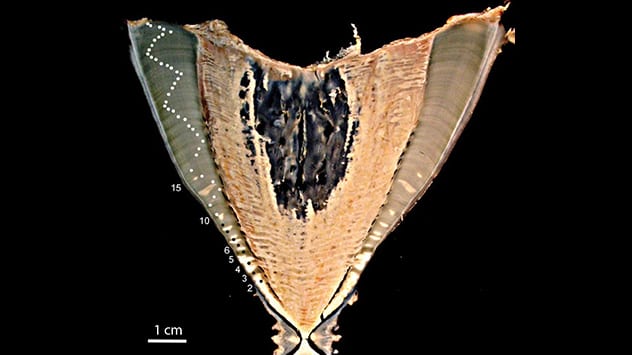 Using bomb radiocarbon data prepared by the team, they tested the carbon-14 levels in the growth rings of two long-deceased whale sharks stored in Pakistan and Taiwan. Measuring the radioisotope levels in successive growth rings allowed a clear determination of how often they were created, which meant they could determine the age of the animal.

“We found that one growth ring was definitely deposited every year,” Dr Meekan said. “This is very important, because if you over- or under-estimate growth rates you will inevitably end up with a management strategy that doesn’t work, and you’ll see the population crash.”

One of the specimens was conclusively established as 50 years old at death – the first time such an age has been unambiguously verified. Dr Meekan is reported to have noted that it seems possible that these large sharks could live to be about a hundred years old.

“Although our understanding of the movements, behaviour, connectivity and distribution of whale sharks have improved dramatically over the last 10 years, basic life history traits such as age, longevity and mortality remain largely unknown,” Dr Meekan said. “Now we have another piece of the jigsaw added.”