New research led by the Monterey Bay Aquarium highlights that warming waters due to climate change are having a noticeable impact on white sharks.

According to the study, unprecedented sightings of juvenile white sharks at the northern end of Monterey Bay signal a significant shift in the young white sharks’ range. The researchers found that  the northward range shift represents the fact that juvenile sharks are having to search for a more suitable thermal habitat, meaning that water temperatures within their preferred temperature range are becoming harder to find.

“Nature has many ways to tell us the status quo is being disrupted, but it’s up to us to listen,” said Monterey Bay Aquarium Chief Scientist Dr. Kyle Van Houtan. “These sharks – by venturing into territory where they have not historically been found – are telling us how the ocean is being affected by climate change.” 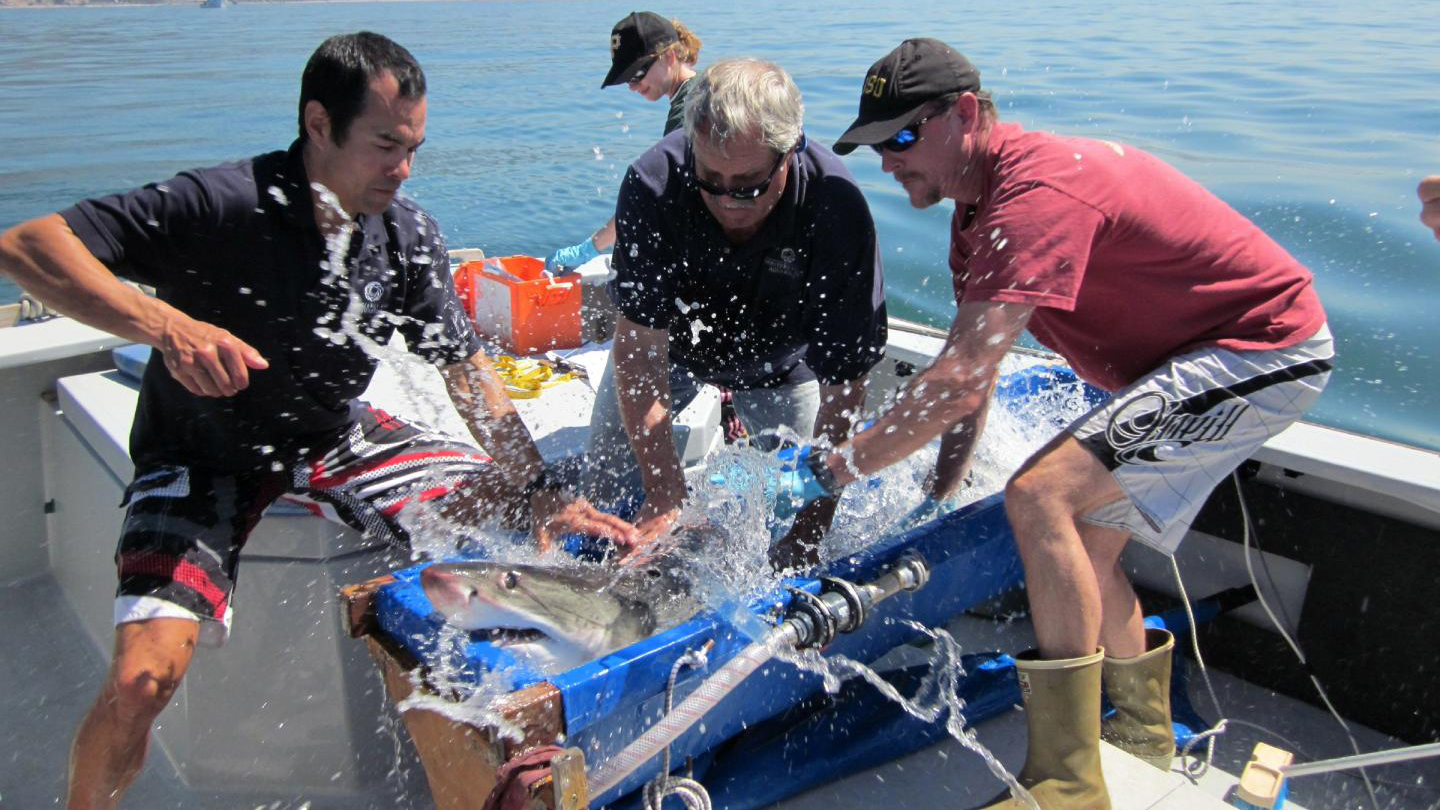 The research team made these discoveries using data collected from electronic tags, which were used to learn about juvenile white sharks in souther Californian waters 20 years ago. During the 2014-2016 North Pacific marine heatwave, they noticed an increase in uncharacteristic sightings of juvenile white sharks in nearshore, central California waters near Aptos, California. Historically, these white sharks have remained in warmer waters in the southern California Current, and the sightings were the first time these animals had been seen so far north.

The team analysed 22 million electronic data records from 14 different sharks and compared the data to 38 years of ocean temperatures to map the cold edge of the animals’ thermal preferences. Their findings highlighted a significant northward shift in the young white sharks’ range.

“After studying juvenile white shark behaviour and movements in southern California for the last 16 years, it is very interesting to see this northerly shift in nursery habitat use,” said Dr. Chris Lowe, a co-author of the study and director of the Shark Lab at California State University, Long Beach. “I think this is what many biologists have expected to see as the result of climate change and rising ocean temperatures. Frankly, I’ll be surprised if we don’t see this northerly shift across more species.”

Between 1982 and 2013, the northernmost edge of the juveniles’ range was located near Santa Barbara. But after the marine heatwave, their range shifted dramatically north to Bodega Bay. Ever since, the young sharks’ range limit has hovered near Monterey.

The authors have stated that this study simply reinforces what scientists have been saying for numerous years: animals and the living world are presenting the increasingly harmful impacts of climate change.

“White sharks, otters, kelp, lobsters, corals, redwoods, monarch butterflies – these are all showing us that climate change is happening right here in our backyard,” added Dr. Van Houtan. “It’s time for us to take notice and listen to this chorus from nature. We know that greenhouse gas emissions are rapidly disrupting our climate and this is taking hold in many ways. Our study showed one example of juvenile white sharks appearing in Monterey Bay. But let’s be clear: The sharks are not the problem. Our emissions are the problem. We need to act on climate change and reduce our reliance on fossil fuels.”